Focus made a triumphant return to indoor hockey as the club's U14s walked away with gold medals and a perfect five wins from five at the National Indoor Tournament at Spooky Nook in Pennsylvania last weekend! 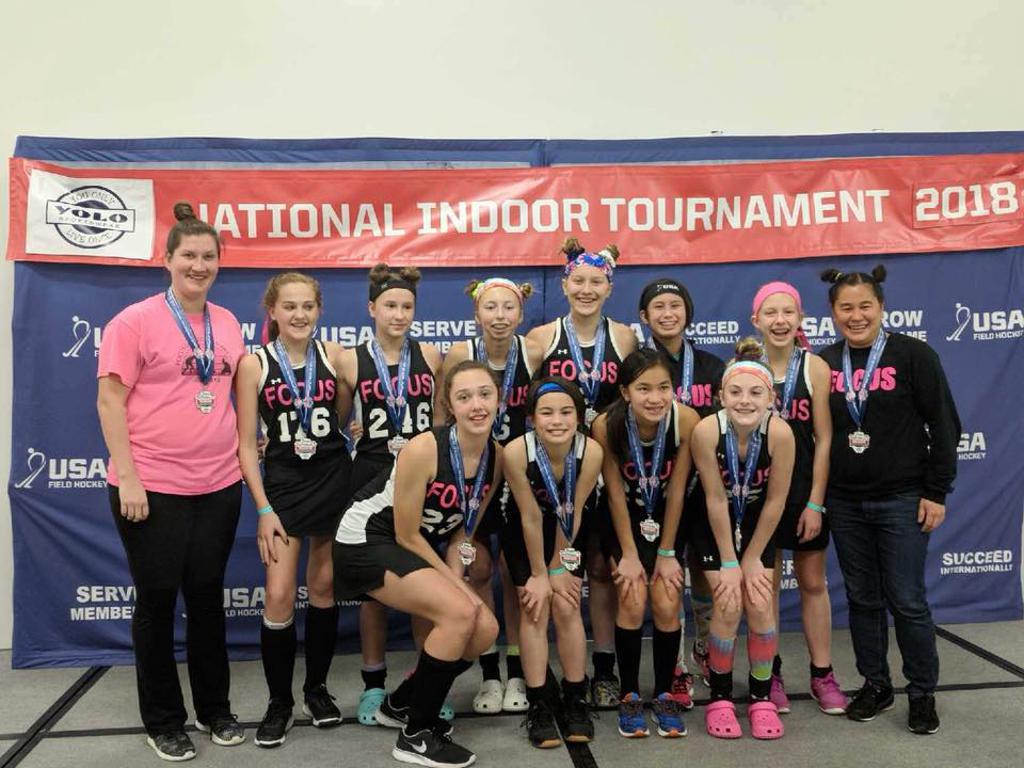 With the scoring well spread throughout the team over the three days, they began with a hard-fought 3-2 success over FH Life, before quickly racking up 7-0 and 4-1 wins in their next games to take control of the pool.

Lanco Premier were shaping up to be their primary opponents as the pool's other unbeaten team after three rounds, and their game four clash provided a dramatic finale. With the scores locked at 2-2 and the game entering the final seconds, Gabby Anderson won a corner for Focus. Off the resulting set-piece, she then won a stroke which was tucked away by Sydney Holbrook to claim a 3-2 success and all but secure pool victory.

The girls made sure of that with a 7-4 success in their final game to take home the gold and leaves coaches Emily Harting and Quan Nim feeling especially proud!

Well done to all and a special thank you to the parents who made the long drive to PA to support at this tournament!